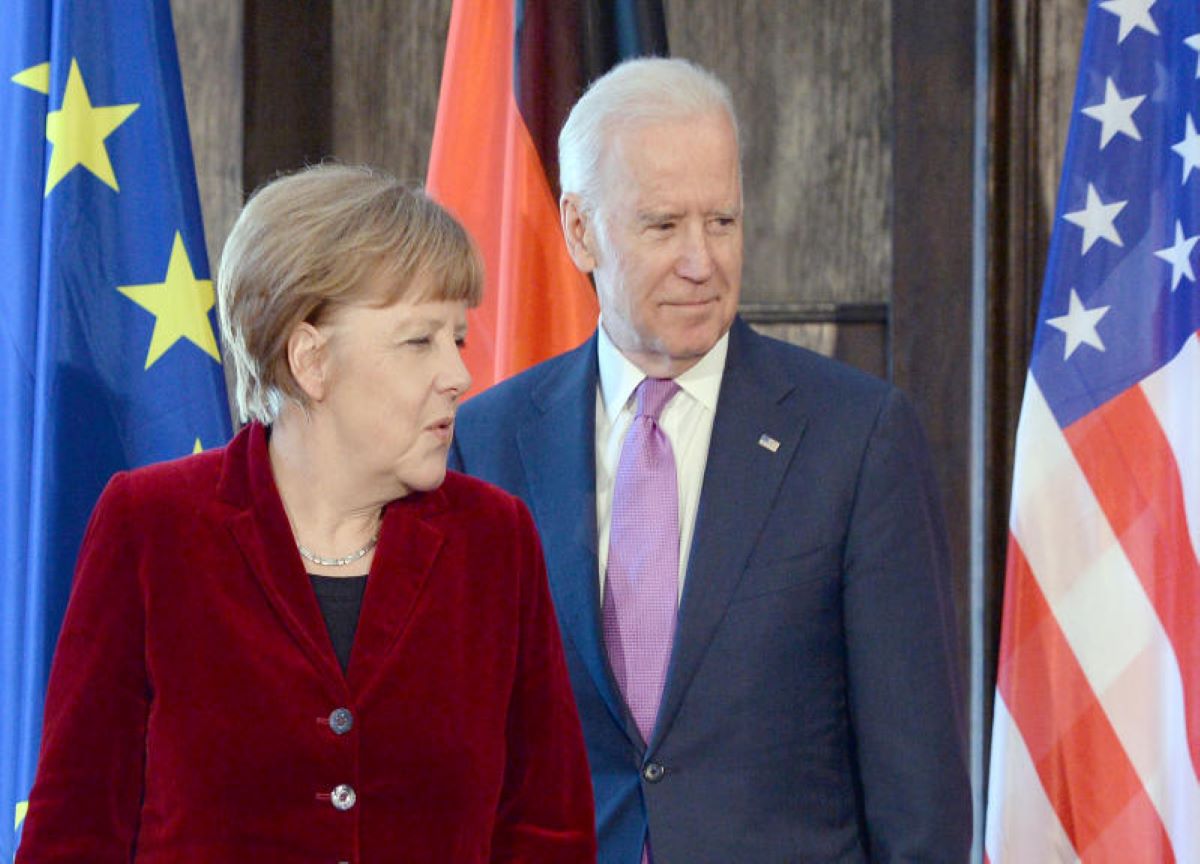 Worse than before it will not go. Angela Merkel is the first European Union leader to be received at the White House by Joe Biden. It is a habit for her to cross that threshold, given that as Chancellor she has visited the United States twenty times. On the other side there was first Bush Junior, then Barack Obama, finally Donald Trump. And, this time, Biden. Certainly, relations between the two will be better than those between the chancellor herself and the previous tenant of the presidential residence of the United States. Angela and Donald have always given her a good deal of reason, while Joe has shown from the beginning the will to restart the dialogue, which was partly lost, with Berlin.

All different from the Merkel-Trump confrontation of 2018

Already the reception shows how much has changed since April 2018, when Merkel was received by Trump. Three years ago, the American tycoon made her do an antechamber and made clear the difference in how she had welcomed Emmanuel Macron some time before, that is to say with all honors. Trump and Merkel glared at each other for the duration of the meeting, as shown by photos and videos of a summit that did not last long and in which there were anything but conciliatory words.

The agenda of Merkel’s visit from Biden

Now, however, everything has changed. At least on a formal level. Chancellor’s day begins with a meeting with Vice President Kamala Harris, then she will be awarded an honorary doctorate from Johns Hopkins University. Finally, the visit to the White House. His twentieth, as mentioned, but also the last, given that Merkel has long ago announced that she will not run for a new post in the elections on September 26th for the renewal of the Bundestag.

Merkel-Biden, the form changes but not the substance

If the shape certainly changes, it remains to be seen how much the substance changes in relations between Washington and Berlin. During the previous four years, Merkel blamed Trump for economic protectionism and diplomatic isolationism, with the US and the EU suddenly becoming rivals on a series of dossiers, starting with the trade one. The Chancellor did not like, to put it mildly, America first.

The knots on Merkel’s relations with Putin and Xi Jinping

But not only. She did not like, and she does not like, even the geopolitical posture assumed by Washington towards Russia and China. With Trump there had been very strong frictions regarding the Nord Stream 2 gas pipeline, on which Merkel reached a controversial agreement with Russian President Vladimir Putin, and on the political-commercial ties between Berlin and Beijing. Too bad that the German economy, in particular its crucial automotive sector, depends exponentially on the immense Chinese market.

The US-Germany clash over the Nord Stream 2 gas pipeline

On these issues, to tell the truth, little or nothing seems to have changed. Biden has indeed relaunched multilateralism and global partnerships, but the attitude towards Russia and above all China follows in the footsteps of Trump’s, adding a moralistic and ideological inspiration that was previously absent. This means that the Nord Stream 2 pipeline remains a nerve in bilateral relations. The United States considers it a security risk, while for Germany it is a fundamental plan for the supply of gas and also for trying to involve Russia in the European and Western context.

During the recent Geneva summit between Biden and Putin, something began to move on that front also on the American side, but it is too early to clear a project, that of the gas pipeline, which creates not a few doubts even in the countries of the north-eastern belt of the ‘Europe. Countries that are fully and successfully part of the American strategy which aims to avoid convergence between Moscow and Europe with Franco-German traction. Biden himself called the gas pipeline a “bad deal” and it is not excluded that in the future the sanctions that have been suspended for now may be unfrozen in order not to break the relationship with Germany.

The clashes between Washington and Berlin over China

That is why the tension will remain on that topic. Biden will also ask for reassurance on the Chinese front, in particular on the investment agreement that the EU and Beijing quickly signed in December 2020, in the transition phase between Trump and Biden. The freezing of the agreement has satisfied the White House, but before leaving her post Merkel is aiming for a three-way summit with Xi Jinping and Emmanuel Macron in which one could try to revive the ratification of that agreement disliked by Washington.

The other dossiers: vaccine liberalization and Afghanistan

Also on the table is the question of the liberalization of patents for anti Covid vaccines, proposed by the American president but for now rejected by Berlin. “This does not increase production. Intellectual property is a source of innovation and must remain so in the future,” Merkel said in response to Biden’s proposal. Also not to be overlooked are any German grievances on the American abandonment of Afghanistan and the Middle East theater in general, which could lead to new security risks and new waves of migrants to Europe.

But above all, in the background, one wonders what will happen in Germany after Merkel’s imminent farewell. A great unknown about the future of Germany and also about transatlantic relations. The traditional position of dialogue with Russia and China carried out by the CDU / CSU is counterbalanced by a much more anti-Chinese line proposed by the Greens, who seem favored to join the next governing coalition. Greater confidence in the White House can derive from the statements of Norbert Rottgen, chairman of the Foreign Affairs Commission at the Bundestag who accompanies Merkel to Washington. “China has always been seen by Germany primarily as a huge export market. With no other country do we have a greater volume of trade. The Chinese economy is enormously important for individual sectors, but it represents only 8% of exports: the United States is still by far the decisive partner, “Rottgen said. “Under Xi Jinping, China changed its role and became the most important challenger of the Western post-war order. We must stop considering the Dragon only as a big market, the technological, geopolitical and military dimensions of the rise of Beijing, if we deal with her. ” Music to Biden’s ears, but Berlin has no intention of making the sharp break that Washington would like. There will be work to do to go hand in hand, before and after Merkel leaves her place.