After a failed first attempt in 2019, NASA sent another space capsule from the US aviation group Boeing towards the ISS on Thursday. Humans are not on board.

The Starliner space capsule of the US aviation group Boeing has taken off for a test flight. At the top of an Atlas V rocket, she launched on Thursday evening (local time) from the Cape Canaveral spaceport in the US state of Florida without passengers towards the International Space Station (ISS), as shown on a live broadcast by the US space agency Nasa . If everything goes according to plan, it will dock with the ISS after a good 24 hours.

Thousands of animals were equipped with transmitters for the ICARUS research project. Now they’re going nowhere

Instead of a real person, a mannequin named Rosie sat in the commander’s seat. It is equipped with sensors designed to collect data on movements during flight. The capsule also carries around 230 kilograms of supplies such as food, clothing and sleeping bags for the ISS crew, which orbits the earth at an altitude of around 400 kilometers.

Starting difficulties on the journey to the ISS

According to NASA, two of the twelve engines that control the trajectory did not work at the start. Nevertheless, the capsule was brought on the right course with the help of a spare engine. In addition, a cooling device started too slowly.

According to Boeing space chief Mark Nappi, engineers are already working to figure out “why we had these anomalies.” However, he emphasized: “We have a safe vehicle and are on our way to the International Space Station.” NASA executive Steve Sitch confirmed that the spacecraft is “running very well overall.”

The test flight is intended to show whether the capsule is safe for transporting astronauts. A first attempt failed in 2019. At that time, software problems had almost resulted in a catastrophe, and the spacecraft had to return to Earth prematurely without reaching the ISS. Another test in 2021 was canceled at the last moment due to technical problems.

A Year on Mars: Search for Life and First Flight on Another Planet 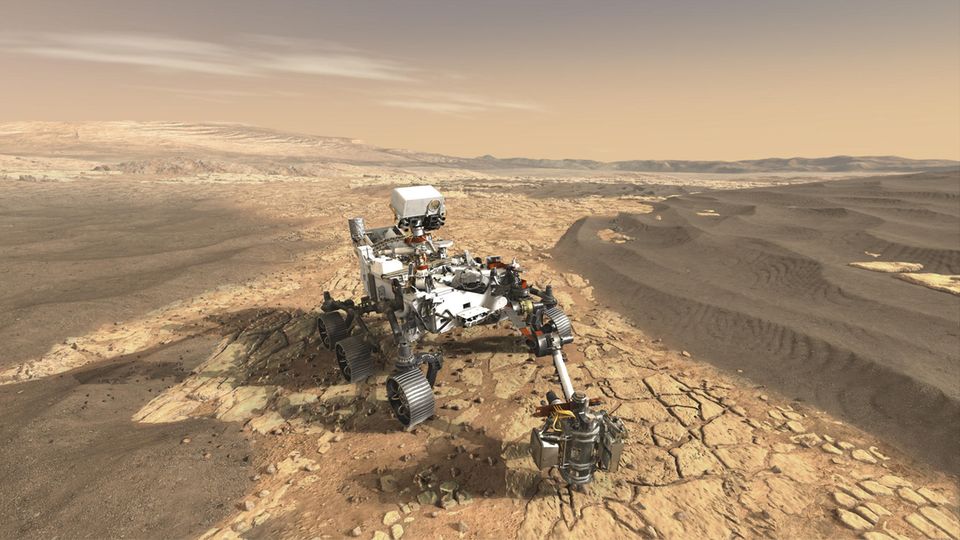 Rover “Perseverance” on the way in his area of ​​operation, the Jezero crater on the northern hemisphere of the red planet – this is how an artist imagined it before the start.

Boeing was overtaken by Tesla founder Elon Musk’s space company SpaceX, whose Dragon capsule has already carried 18 astronauts and four space tourists into space on behalf of NASA since 2020. However, NASA wants to diversify its means of transport so as not to run the risk of being dependent on Russian Soyuz capsules again. The launch on Thursday is therefore “a crucial step” to have two providers “who regularly transport crews,” said Deputy Director of the ISS program at NASA, Dana Weigel.

The stakes are high for Boeing. The aviation group hopes to be able to carry out a first manned flight by the end of the year. This second demonstration mission is essential to finally gain approval from NASA.