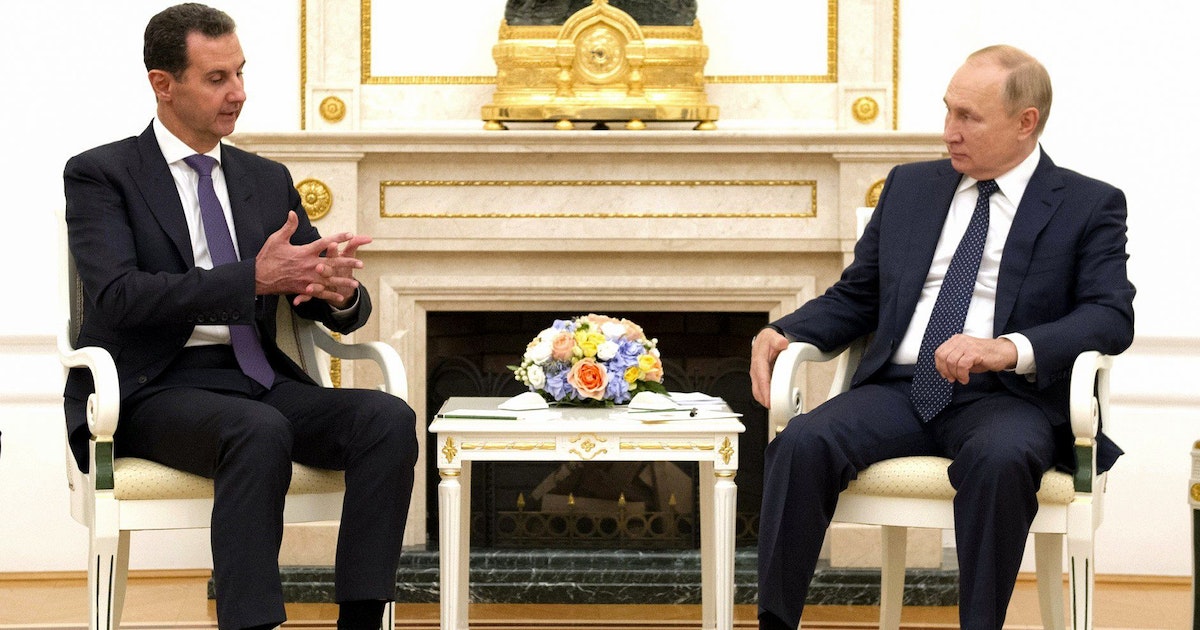 Russian President Vladimir Putin has criticized the presence of foreign troops in Syria. After Putin’s meeting with Syrian President Bashar al-Assad in Moscow, the Kremlin said on Tuesday that Syria’s “main problem” was interference by foreign troops. According to Putin, foreign armed forces are present in parts of the country “without a UN resolution” and without the consent of Damascus. This is a violation of international law, he said.

At the meeting with Assad on Monday, Putin welcomed the “joint efforts” of Russia and Syria in the conflict, according to the Kremlin, saying that the armed forces had brought most of the country back under government control. “The terrorists have suffered a great deal of damage.”

For his part, the Syrian President praised the “significant achievements” of both countries, including the “return of refugees who were forced to leave their homes”. According to the Syrian Presidency, the meeting in Moscow was also attended by Syrian Foreign Minister Faisal Mekdad and Russian Defense Minister Sergei Shoigu.

After the start of the war, Russia was called on to help by the Syrian government. In addition to parts of international armed forces, there are also numerous mercenaries from the region and from other parts of the world on Syrian territory. The mercenaries are financed by many countries, China, Iran, Saudi Arabia and the Western Alliance also have their interests represented by private army units.

The Turkish army has established itself in the north of the country. Turkish President Recep Tayyip Erdogan ordered the illegal invasion to secure the Idlib region. There are still thousands of mercenaries in Idlib. Russia has repeatedly asked Turkey to withdraw the mercenaries. But Turkey responded with an invasion of its army.

Iran: in support of the demonstrations, Iranian footballers wore a parka and hid their shirts
Posted onSeptember 29, 2022