story (and lies) of an invented blitz – time.news 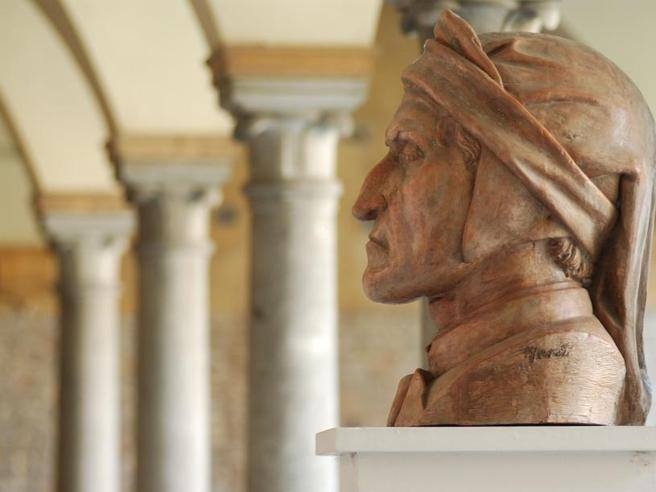 A clever article sparked anger of those used to making culture the occasion for a derby, in order to be the animator of the curve, because the more the fans get angry, the more they gather around you. There is no point in explaining that culture is neither competition nor derby nor competition nor status symbol, because it is evident that, in this story, culture has nothing to do with it. The article in question by the German intellectual Arno Widmann and published in the newspaper Frankfurter Rundschau on the most symbolic day of this seventh centenary of Dante’s death, March 25. Indignant, shocked comments, hysterical reactions from all sides, on websites, on the news, and then the broken positions of ministers and former ministers, and even crime writers, who have mobilized against the German guy.

The reason? Dante Alighieri would have been attacked. And, apparently it is therefore a noble reason and it could also seem an excellent sign the cultural activity that becomes debate, the politics that feeds on literature, the news programs that finally give non-residual and nocturnal space to culture. But a scam. There has been no attack in this article translated here, so anyone can read it and easily understand that does not attack Dante, does not define him as a plagiarist, does not say that light years behind Shakespeare, does not say that he was a careerist, finally, does not declare that the Italians have nothing to celebrate. None of this. The author of the article wants to say something different on which every person who has a minimum of reminiscences of what he studied in school textbooks agrees: a literary text never comes from nothing, like good wine, it keeps track of mood of the land from which it was born. The idea of ​​the romantic genius who wakes up one morning and suddenly creates the masterpiece, without having first read, seen, studied, deepened, mixed, contaminated, romantic, in fact!

to have said this, that Dante does not come from nothing, but is born in the wake of different traditions, such as that of Provençal poetry, which was the first to invent poetry in the vernacular. An operation that of poetry in the vernacular which, Widmann specifies, Dante makes rise. The fact that precedents exist, says Widmann, does not diminish Dante, just as the fact that there is even an Arabic text among the possible sources of Dante’s inspiration does not diminish him. Wrongly – recalls Widmann – the Italians believed that Miguel Asn Palacios wanted to belittle Dante, when he argued this in his essay, Dante and Islam, published in 1919. Palacios hypothesized that among the materials that had inspired Dante was the Book of the Ladder or of the ascent of Mohammed into heaven, an Arabic eschatological text, translated into Castilian by a Jewish doctor, in 1264. This was indeed medieval culture: a Jew who translates from Arabic, and a Christian who finds its translation interesting! No one for shouting at the betrayal of the homeland or of Dante, when our Italianists say that probably one of Dante’s sources of inspiration must be considered the Lombard writer Bonvesin de la Riva, who died in 1315, and author of a poem in three parts: the scriptura negra, where the pains of Hell are described, the red one where the passion of Christ is described and the golden one where it speaks of the blessed in heaven.

The example of Bonvesin della Riva

Bonvesin also speaks of the fire that torments the miserly for him, of the stench that spoils the dishonest, of the ice that punishes the improper, of the worms that eat the profiteers, and also describes terrible demons that torment the damned and the damned who scream, cry, bite , they strike! Generally, known to all, Bonvesin della Riva is quoted precisely to say that if the theme is the same, Dante’s surrender is quite different. Legions of artists, after all, represented the Piet before Michelangelo … The idea of ​​culture, of knowledge, of knowledge that we must carry on is not the competition between who has the greatest poet of all. Not a race! And certain quantities are not even measurable.

Imagining a competition between Dante, Shakespeare, Goethe and Cervantes would coincide with the death of literature. Arno’s other fault was admitting that reading Dante damn difficult, despite what Eliot says! It is difficult at school for a child, says Arno, to study Dante with those long arrays of notes that make him difficult. Nothing that many Italian students would not agree with. Reading Shakespeare, says Arno, easy and enjoyable, but Dante needs a special key. This is the problem of medieval culture, a complex culture, rich in symbolic constructions, determined to travel always and only on the polysense. And, mind you, I am not accusing Dante of being a heavy and complex writer, he himself who in the Convivio warns the reader never to take him literally, to always interpret his page according to the four senses of Scripture, historical, allegorical, moral , and eschatological.

The comparison with Shakespeare

Arno says (following Eliot’s paths) that Dante’s Comedy, so full of theological constructions and moral tensions, permeated by judgment, so different, on the other hand, is the work of the layman Shakespeare, who keeps his distance from the sins of his characters. Arno Widman was a pupil of Theodor Adorno, he co-founded the TAZ, the historic Berlin left-wing newspaper and was responsible for the cultural section of one of Europe’s most cultured weeklies, lo The time as well as responsible for the opinion page of the Berlin newspaper. Not only, Widmann has also translated Umberto Eco, Curzio Malaparte – of whom perhaps the greatest connoisseur in Germany – and Victor Serge. Could you ever think that an intellectual with his profile could say that nonsense about Dante, and in that way? No, that could not be done, but the question here is not Dante, the question that one wanted to make an instrumental use of Dante.

Attacking Widmann, or defending Dante from Widmann, served as usual to distract, to throw the bone to stir up the fight, and then let the fuss offer an advantage to politics. In these hours the theaters, cinemas, reading clubs should have reopened. Minister Franceschini had promised it, at any cost. Instead it did not happen. The agony in which bookstores, theaters, publishers live should be the central element of the political debate as should the fact that Italy is third from last in Europe for state investments in cultural activities. Matteo Salvini and Giorgia Meloni they immediately mobilized against the Arno lansquenec attack! But it was only a way to make amends, to play the trite refrain of the most beautiful homeland and of the greatest writer, to cover up the fact that they have neither projects nor vision to retrieve Italian culture left without funds, without investments, without plans. .

The poet in exile

Dante was an exile, muddied and defamed all his life. On January 27, 1302, a court released by a coup government accused him of extortion and embezzlement, of having illegally enriched himself during the months of his political activity, as prior and as advisor to the Hundred. Those months that Dante spent instead to fight corruption and systematically block all funding for the corrupt and rapacious Boniface VIII. For the first thirteen years of his exile, in Florence, everything was done to prevent him from returning, systematically excluding him from any amnesty granted to the exiles, because he – the government of Florence said – did not even deserve pardon, because worse than anyone else he had betrayed his Florentine homeland. When, in 1315, he was finally included in the list of graziandi, they did not want to cancel the accusations made against him. Dante did not return then, he wrote to a friend that: if this was the price, if the price was the lie, then he preferred to die in the truth of exile. Defending the truth is a good way to pay homage to Dante. Instead, transforming him into an icon to put on the hat, so from the stands we can make Buuu on the other players just the way to bring him back into that kind of politics that until the last tried not to let Florence win.