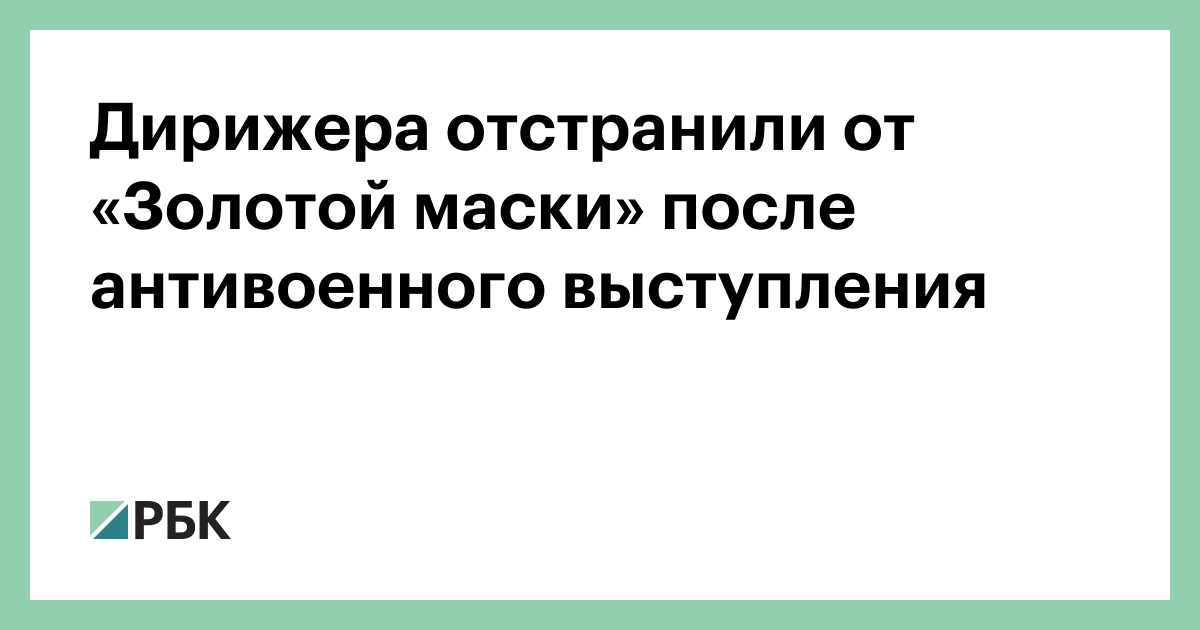 On February 25, the conductor addressed the audience before the opera “The Marriage of Figaro” with a call for peace in Ukraine, and also performed the theme from Beethoven’s “Ode to Joy”, which, according to him, best expresses the ideas of peace

Conductor Ivan Velikanov said he was suspended from conducting Le nozze di Figaro at the Golden Mask festival in Moscow after an “anti-war speech”. He wrote about this on his Facebook.

“I hasten to inform you that due to my small anti-war speech and the performance of the theme from Beethoven’s Ode to Joy before the performance on the 25th at the Nizhny Novgorod Opera, I am suspended from conducting Le nozze di Figaro tomorrow (March 1) in Moscow at the Golden Mask festival “, – said Velikanov.

He also expressed gratitude to those who in this situation tried to “defend” him. “I wish the performance and all its participants (including Fabio Mastrangelo, who will be at the podium tomorrow) every success,” the conductor added.

On the morning of February 24, Russian President Vladimir Putin announced a military special operation in Ukraine, as the main goal, he designated the denazification and demilitarization of the country. After that, Ukraine severed diplomatic relations with Russia and declared martial law and mobilization. Western countries, including the European Union and the United States, condemned Russia’s actions and began to impose sanctions.

Salman Rushdie stabbed: what we know about the attack on the author of “Satanic Verses”
Posted onAugust 13, 2022