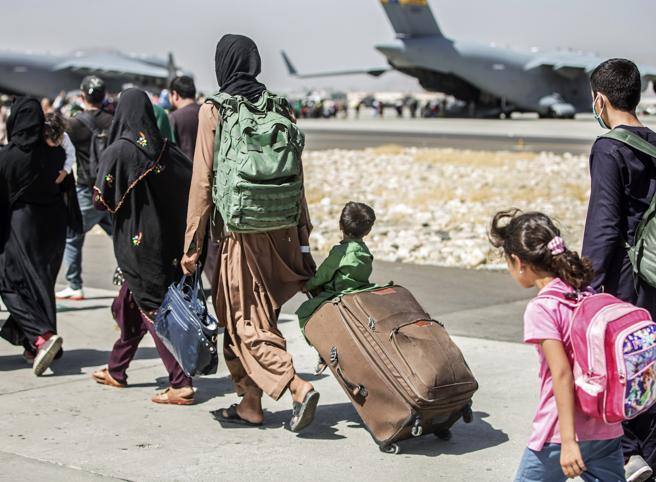 
Today’s news, Friday 27 August, on the Taliban, Kabul and the rest of Afghanistan

ISIS claimed responsibility for yesterday’s attack, Thursday 26 August, at the Kabul airport, which caused at least 90 deaths and about 160 injuries; 13 US militaries were killed. We will respond strongly and accurately in Afghanistan, Biden said. We will make you pay: we are ready to send more troops if necessary and the evacuation goes on, he assured (here the video of the intervention). Over 100,000 people have so far been rescued by airlifts since 14 August. The Italian airlift with Afghanistan will end today, with the departure of the last C-130 from Kabul. I condemn this hideous and cowardly attack on defenseless people seeking freedom, Draghi said. The premier today receives the Russian Foreign Minister Sergej Lavrov.

10.05 am – The terrorist alarm remains very high.
For the commander of Centcom Frank McKenzie, that of new attacks in the Kabul airport area remains a very, very real danger: It is expected, the general said in a press conference yesterday, also reported today by many media, that the threat terrorism does not cease. Yesterday the accuracy of intelligence alerts did not help avert tragedy. Particularly feared is the prospect of missile attacks on departing aircraft, very large and very easy targets – so much so that many flights, including departing Italian C-130s, are forced to evasive maneuvers or fake maneuvers before take-off.


We are doing everything we can to be prepared, McKenzie said yesterday, stressing that there has been an exchange of intelligence with the Taliban and that some other attacks have been averted by Islamic students.

9.59 am – Erdogan: Taliban have proposed us to manage Kabul airport. We have not decided yet
The Taliban offered us to operate the Kabul airport through civilian technicians, but we have not yet made a decision. This was revealed by the Turkish president Recep Tayyip Erdogan. We cannot afford the luxury of asking anyone’s permission as to who, where, when and how we should hold talks. There is a serious administrative vacuum in Afghanistan, so we are holding the necessary talks, he said, reporting that the Ankara authorities had a 3 and a half hour meeting with the Taliban in the Turkish embassy in Kabul. When everyone left Afghanistan – he added – we didn’t leave it.

9.02 am – Kissinger’s speech: Deluded to build a democracy. United States inadequate, the goals were unattainable
Transforming Afghanistan into a modern and democratic country was an undertaking that could not foresee a certain timetable, compatible with American political processes. what the former US secretary of state affirms Henry Kissinger in an intervention onl Corriere della Sera in which he analyzes the reasons why the US failed in Kabul. We convinced ourselves that the only way to prevent the return of terrorist bases to the country was to transform Afghanistan into a modern state with democratic institutions, Kissinger explains. But Afghanistan has never been a modern country. Military goals were unattainable, the political ones that are too abstract and elusive.

8.48 am – Great Britain evacuation will be over in a few hours. Spain has completed its operations

The operation of UK evacuation from Afghanistan will be over in a few hours. To announce it this morning a Sky News the British Minister of Defense, Ben Wallace. Now we will take care of the people we have brought with us, the approximately one thousand people (who are) inside the airport, and we will try to continue to find some people in the crowd where we can, but overall the main operation now over and we only have a few hours left. As for the Spain, as stated in a note released by the government, has finished its evacuation and all diplomatic staff are in safety in Dubai.

8.01 am – Military aircraft with 106 people landed in Fiumicino

An Air Force KC767 aircraft coming from Kabul landed at 06.27 Italian time with 106 people on board Fiumicino. The Defense announced it.


7.52 am – Harris remembers the soldiers and civilians who died in the attack

Heroes. The US vice president Kamala Harris he thus remembers the 13 American soldiers who died in the Kabul massacre, brave soldiers who died saving countless lives and whom we will never forget. We pray – he added – for the Americans injured in the attack and we are close to their loved ones. We are also saddened by the Afghan civilians who have been killed and injured, continues a statement released on Twitter, which confirms the gratitude to the men and women in uniform and in particular to those who work today to get the Americans and our Afghan partners out of harm’s way. . We will complete that mission, he assures.