Macaluso, rebellious spirit who as a young man was condemned for adultery- time.news 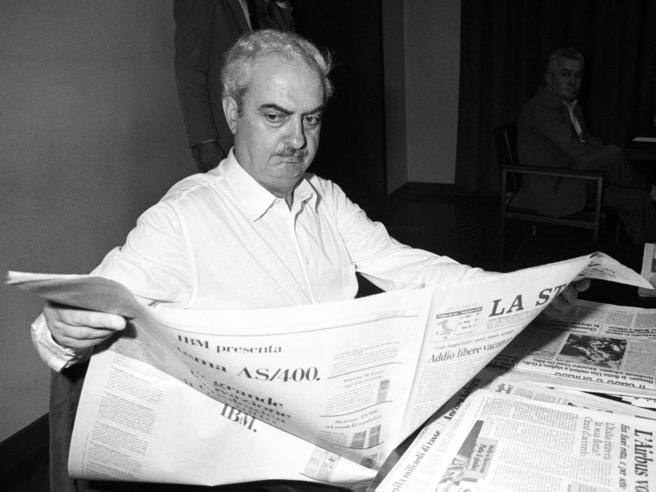 Numerous Communists were arrested in Italy in the 1940s. Less than twenty days after the Liberation of Rome, the Gappist partisan Rosario Bentivegna was taken to prison for killing an officer of the Guardia di Finanza in a fire fight. In the second half of the decade, the capture of militants who were charged with seditious gathering or resistance to public officials, roadblocks, crimes related to unauthorized demonstrations, came to acquire a statistical significance. Emanuele Macaluso, who had become a communist after having had more time to read books due to tuberculosis at the age of 16, organized protests for the unemployed in Sicily. For this reason he was denounced to the Allies by notables who described him as an enemy of the Anglo-Americans. But in prison the young Emanuele, born in Caltanissetta in 1924, ended up with something else: adultery.

When the fascist dictatorship was in power, Macaluso had fallen in love, reciprocated, of a married woman. She, Lina, had previously taken a husband at less than fourteen and had her first daughter at fifteen. “After Fascism fell, and having a job, I thought that the clandestinity of my love relationship could also end”, Emanuele said in the book 50 years in the PCI, Rubbettino publisher. “I had to face the wrath of my parents, and they were huge, but I didn’t know this was the least of it,” he added. Then he observed: “It was, here is the point, an illegal, scandalous, intolerable union for the State, for my family, for my party and above all for my political enemies.”

It was the latter, “the managers of the mines, the” authorities ” to which with my trade union activity I began to break my balls », according to Macaluso, to press on Lina’s husband, a municipal guard, to denounce the relationship. The two lovers were locked up in the Malaspina prison. The boy remained in the cell for weeks, after which he received both a sentence of six months and fifteen days from the judiciary and a sort of trial in the Communist Party. Although concluded by an acquittal, the second was not light. Macaluso was deemed unsuitable for a post as head of the Youth Front that had been emerging. It is also for this reason that his militancy in defense of the exploited remained then within the union, the CGIL, postponing the posts in the PCI until later.

Resolute in defending the party line, but original in cultivating one’s own convictions. Respectful of traditions. At least since the 1980s, however, rarely “in line” with the secretaries of Botteghe Oscure, from whom he was distanced from the idea, shared with Giorgio Napolitano, that completely reformist policies and a Western position were needed to change and govern Italy .

He had a personality that was difficult to categorize into the main categories of communist anthropology, Macaluso. Cultured, at the same time devoid of common charms among intellectuals. Hard, even harsh, in the controversy inside and outside the PCI, but not without unexpected tact. When he lived near the headquarters of the “Manifesto” in Piazza del Grillo, in Rome, he never gave up his friendship with the leaders of the group, even though he was among those who had struck them from the party.

Before his earthly existence ended, Macaluso had provided two of the most useful keys to analyze one of the important political phenomena in twentieth-century Italy. One can be found in some of his sentences pronounced in 2017 at the funeral of Valentino Parlato: «I think that those who want to better understand what Italian communism was – I repeat: Italian – can only do it through people’s biographies. The people who populated this great riverbed that was Italian Communism. And they are very, very different biographies ».

Macaluso indicated as examples the personal stories of Antonio Gramsci, of the popular trade unionist Giuseppe Di Vittorio, of his successor Bruno Trentin, son of an intellectual of the Action Party, of a worker like Teresa Noce and of the Catholic university student Nilde Iotti. Even if he did not specify it, the second interpretative key was perfectly suited to his own, in person: “Why did it happen? The rebellion was the mainspring of Italian communism. The fact of not accepting the existing, of thinking that the existing could be changed and that to change it you had to organize yourself, that to organize yourself you had to stay together and that to rebel, the rebellion where they lived was not enough, but that you had to reconnect not only nationally . In the world”.

Had it not been one of the leaders who clearly distanced themselves, albeit belatedly, from the Soviet Union, incomplete statements may appear. They are not. Speaking was one that the Soviets, during and after Enrico Berlinguer’s secretariat, kept an eye on, as was the case in Napolitano and Carlo Galluzzi. «Macaluso had had a lasting relationship with a lady. He met her in a villa and sailed with her in the Mediterranean “, one of the reports reported to KGB officers with voyeur style. “They impede” transmitted to the British secret services by the Soviet archivist Vasilij Mitrokhin. An almost rotogravure fragment in the midst of denigrating baseness. Towards a rational political leader, and much, but a rebel for whom feelings and ideals were anything but accessories.