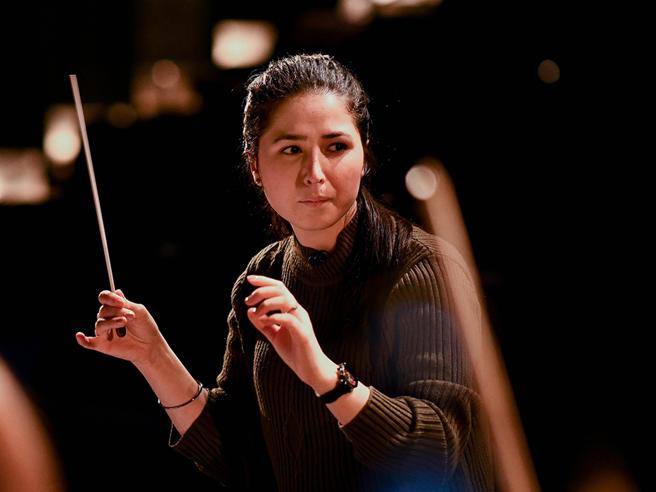 Born in 1997, she had become the first Afghan wand defying death threats from her uncles

Ci expect the Taliban to turn off the music. They have not officially announced anything, but they have already canceled all entertainment programs from TV and radio. The only music left is the theme song of the news. Ahmad Sarmast, the director of the National Music Institute of Afghanistan, speaks on the phone from Melbourne, Australia, where he had gone for medical reasons in the early summer: he explains that he did not expect such a quick surrender of Kabul to the Taliban. When the Taliban took power in 1996, musical instruments were set on fire. But even after their expulsion in 2001, there were many people who continued to consider music an immoral thing.

The Institute founded by Sarmast in 2010, with its 400 teachers, students and students, became famous all over the world thanks to the Zohra women’s orchestra, which also played in front of two thousand world leaders at the economic forum in Davos, Switzerland. With their sitar, rubab, piano, violins, oboe musicians alternated Afghan songs such as Arghavan, which takes its name from the deep pink flowers of the Judas tree, with Western songs such as Beethoven’s Ninth Symphony. With colorful embroidered dresses e her hair covered with a black, green and red veil, the colors of the homeland, those girls were the example of a possible dialogue between cultures. Three days ago Negin Khpalwak, who thanks to Zohra had become the first conductor in Afghanistan, was evacuated from Kabul.

The first time Negin, born in 1997, heard the sound of music was at the age of three, in the village of Shinegar, twenty houses nestled between three mountains in the Afghan province of Kunar. There was no TV, no radio. But his father Ajmal and his cousin owned a sitar, and occasionally played that long-necked string instrument. They accompanied each other using water bottles as percussion, and the sound was so sweet and cheerful that little Negin danced around them for joy. But Negin’s father only played with a few friends, because his family wouldn’t accept him; and he had also learned English by listening to tapes and CDs, which allowed him to work as an interpreter for American soldiers.

There were no schools in Shinegar, only a mosque where the Koran was learned, and to read and write in the Pashto language. After attending it for two years, the girls remained at home, waiting to be given as brides, because women, as they say in those parts, can only leave their home on one occasion: when it is time to wrap them in the funeral cloth . But his father took Negin to Kabul to study. The rest of the family did not mind: he could become a doctor and cure the women in the village, many died young and there was a need.

When Negin was 13, he met an Italian piano teacher who worked at the Music Institute. For the girl it was a shock and the beginning of a career. But to her family it was unacceptable: her uncles swore they would kill her. It took six years for them, after seeing it on TV, to understand that there was nothing wrong with it and to accept it. It hasn’t been easy over the years. In 2014 Sarmast miraculously survived an attack: during a performance by the symphony orchestra at the French cultural center in Kabul, a 17-year-old blew himself up in the audience. He, like Negin, had believed in the power of music. Now the Institute closed – he explains -. Foreign personnel had already left after the announcement of the American withdrawal last April.

Skin Disease Gets In The Way Of Love Life In My Skin Looks Not: ‘Very Sad’
Posted onSeptember 27, 2022

The “abandoned Disney”, a town of castles that was not; why
Posted onSeptember 27, 2022
Menu