“EU funds available at the end of the summer, 191.5 billion for Italy” – time.news 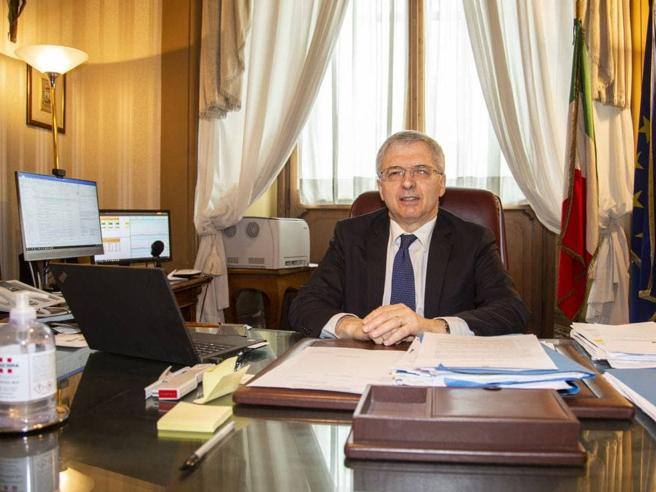 “The European resources will be available at the end of the summer” with pre-financing at 13%: “For our country the plan is a very important occasion, makes it possible to deal with some structural problems in a coordinated way and with relevant means ”. So spoke the Minister of Economy, Daniele Franco, presenting the Recovery Plan and the National recovery and resilience plan (Pnrr) in hearing before the EU Budget, Finance and Politics Committees of the Senate and Chamber. “Next generation Eu is a historic step in the process of European integration and a significant step forward in the construction of a common budget – added Franco – 90% of the funds will be distributed through this device, to access resources each country must define coherent plans. of investment in six areas, which are all priorities for our country too ».
The projects that constitute the definition of the Plan will be presented to the EU Commission by 30 April. The Commission will then be responsible for evaluating the National Plan over the next 8 weeks. «The resources – Franco recalled – will be available at the end of the summer. For us it is a very important opportunity to address the structural problems “of the country, given that” we have a structural problem of growth “.

The Recovery fund for Italy “provides funds available to our country for approximately 196 billion at current prices, 69 in the form of transfers, 127 in the form of loans”. However, the latest data, and the European regulation that takes the GDP of 2019 as a reference, lead “to an estimate ofamount of resources for approximately 191.5 billion, slightly lower than that indicated in January»Said Franco at the hearing.

«We must define a plan that is methodologically unified and consistent with the objectives, we have less than two months. For this reason, the definition of the plan cannot suffer setbacks ”, recalled the Minister of Economy. The Recovery Plan “certainly represents a priority for the government, for the country and obviously for the Mef – he added – And this first meeting with the Chambers I hope it will be the beginning of a lasting and intense dialogue because we have a path ahead of us. very fast and intense and on this we have to interact closely ».

The new priorities: “Discuss the relationship between old and new projects”

In his speech to the Chamber and Senate Committees, Minister Franco also opened to some substantial changes to the plan devised by the previous government (Conte bis): “Some parts” of the Italian plan for the Recovery fund presented in January must be “strengthened”, and “we need to calibrate our projects on the resources actually available”. Furthermore, “in the coming weeks we will have to reflect on the relationship between projects with current legislation and new projects and see if the distribution between the two channels of intervention should remain the one indicated or should be subject to changes”.

Strengthening Facilities to Accelerate Recovery Use

“It is clear that in use we must move on much faster times” than those recorded so far on European funds which show “a very low rate of use: repetition can be avoided with a decisive strengthening of the technical and operational structures responsible for implementation interventions, ”the minister said again.

Still on the subject of governance, that is the structures for managing resources and control of the Plan, Franco reiterated, “a robust and articulated governance is needed in the implementation phase of the interventions” and “tasks and responsibilities” will be divided into “two levels of governance : we are considering the establishment of a central coordination structure at the Mef (Ministry of the Economy, ed) to oversee and supervise the “effective implementation of the plan”. The structure will be “supported by an independent audit unit”.
“At the level of each ministry – Franco said – we consider the creation of monitoring and control measures on the measures of respective competence with the task of interacting with the implementing subjects”.

The contents of the national recovery and resilience plan must be “ambitious but also credible and detailed”, underlined the minister. And the projects that will be presented through the Recovery plan “can contribute to increasing our development potential and must do so by moving along the strategic guidelines indicated by the Commission, which are the digitization, ecological transition and social inclusion“, he added.

The reforms: attention to public administration and justice

«A point strongly emphasized by the European Commission are the reforms: two are particularly important – said Franco – that of Pa (Public administration, ed), for which the Mef is working with the minister Brunetta, and that of the justice, of which Minister Cartabia will tell you. The third very important area is the regulatory simplification transversal. Times are very tight, so you have to be very pragmatic ». Franco recalled that these resources are added to those of the ordinary community planning 2021-2026, those of the budget laws 2021 and 2022: “We need a unified vision and gradually choose the financial instruments most suited to the objectives,” he observed.

Franco: if Recovery is successful, the future will be more prosperous and just

Finally, a hope: “It is an unprecedented learning exercise, if it is successful it will deliver a more prosperous, fairer and more sustainable future to Italy, thanks to simplification and reforms a more favorable environment for growth”, said the minister. of the Economy.

How much money does the state lose a year from tax evasion in the real estate sector?
Posted onDecember 3, 2022